Khaliq Glover, aka Khaliq-O-Vision, is a Grammy-winning engineer, author and producer. He was an engineer on the historic recording of “We Are The World” written by Michael Jackson, Lionel Richie, with Stevie Wonder and performed by an All-Star Cast.

Khaliq Glover (also known as Khaliq-O-Vision) is a Grammy Award Winning Recording Engineer (2001 – Marcus Miller/M2), Producer and Songwriter based in Los Angeles, CA. He began working for Kenny Rogers at Lion Share Studios from 1982 through 1986 as an apprentice to learn engineering from the top engineers in the music industry (such as Humberto Gatica, Tommy Vicari, and John Guess). He soon became a 1st engineer on records by Jermaine Jackson, Donna Summer, Kenny Rogers, Jeffrey Osborne, and many others. 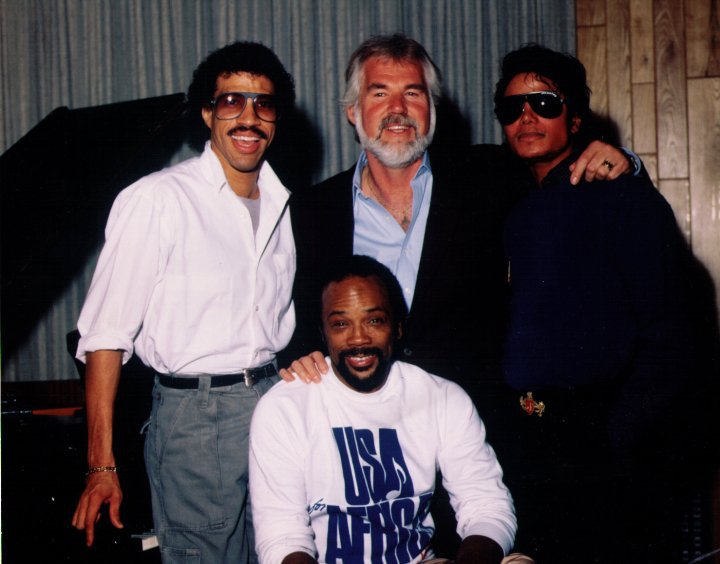 He was also one of the many engineers to participate on the “We Are The World” project produced by Quincy Jones with an all star cast including Michael Jackson, Lionel Richie, Stevie Wonder, Ray Charles, Bruce Springsteen, Bob Dylan, Diana Ross, and many more. Khaliq received a Grammy Award in 2001-2002 for the legendary Bassist/Producer Marcus Miller’s M2 album and has received Participation Certificates as a Producer and Engineer for some Grammy nominated albums (see below). He also did recording and mixing on the album “Beautiful World” by 7 time Grammy Award winning vocal group Take 6 (produced by Marcus).

Recent projects include working with Prince, and Justin Timberlake, as well as doing engineering and production duties for Herbie Hancock including his collaboration CD “Possibilities” with artists such as John Mayer, Christina Aguilera, Stevie Wonder, Santana, Sting, Brian Eno, Annie Lennox, and others including Herbie’s “Future To Future” album and “Future To Future-Live” DVD.

Khaliq-O-Vision recorded, mixed, and produced on Jeffrey’s Grammy Nominated album “That’s For Sure” in 2000 – 2001 and produced 2 albums for the Rance Allen Group. The first album, entitled “Phenomenon”, logged 15 weeks at #1 in Billboard on the contemporary gospel chart and that album was nominated for a Grammy Award in 1991 and also the follow up album entitled “You Make Me Wanna Dance”.